On October 2nd my darling 5 year old daughter went to A&E with a persistent sore tummy. The GP sent us to try and rule out appendicitis. They did rule it out but sadly at the same time they found a tumour. Over subsequent days they found other tumours. Lily was diagnosed with Stage 4 neuroblastoma – a particularly aggressive cancer that requires very aggressive treatment if we’re to save her.

My world tilted on its axis that day. Things that I once thought mattered are now entirely inconsequential. My poor darling girl was incredibly sick in those early days with the cancer causing her to be in awful pain along with a host of other horrible issues. Thankfully they didn’t mess about and got started on treatment for her very quickly. Five days after she went to A&E she started chemo.

In children they generally fit a Hickman line or a Portacath before the first chemo. This is a line that sits within a vein throughout the entire treatment to allow them to both give chemo but also draw bloods without having to use needles. The chemo drugs can cause veins to harden and collapse and this prevents children from having problems during chemo. 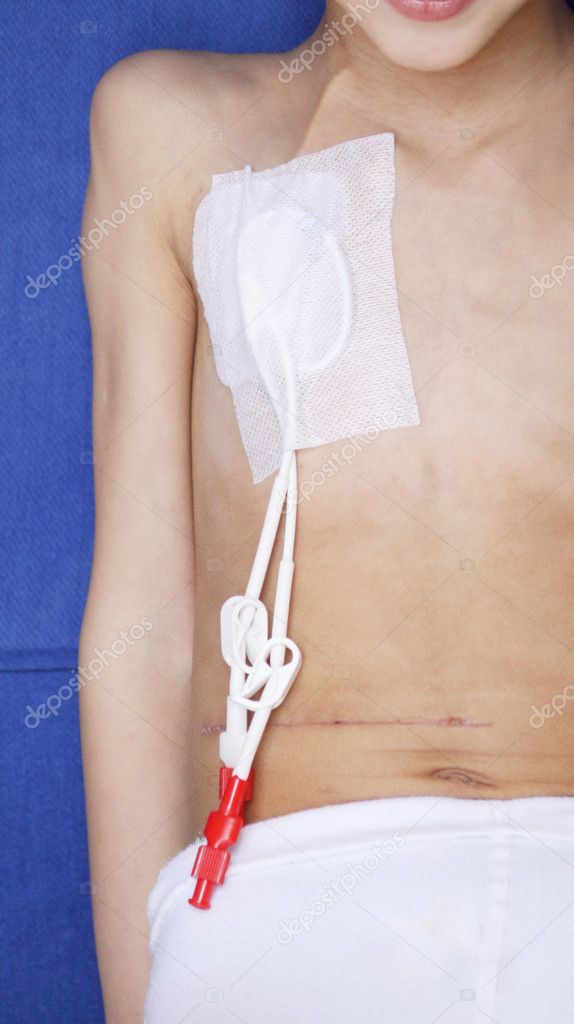 In kids they don’t like to use overly clinical language and so a Hickman or a Portacath is called a Wiggle or Wiggly. We were even given a teddy with wigglies and a bald head (and cool wigs) to try and normalise things for her. Anyway these wigglies are vitally important to their treatment but can also make the child vulnerable to infection and bleeding out if they are not looked after. To keep them safe they are nestled in a little cloth bag when not in use (here comes the sewing reference) that is hung round the child’s neck.

We were handled a bundle for Lily to wear in a range of fabrics including her beloved unicorns. Sadly over the next few weeks it became clear their maker had over-engineered the bag design. Lily’s wigglies kept escaping!

This is bad because if the line breaks there is a risk of the child bleeding out or from getting an infection. For children who are very immunocompromised an infection can be deadly.

And so with my sewing head on I set out to remake the bags. Turns out the simplest design works best – a simple bag with an opening at the bottom with velcro to hold her wigglies in place.

So I’ve created a tutorial for others to make wiggle bags. If you were reasonably local to me you could contact me for an address and I can give these to the ward. Alternatively if you are further afield and want to support children more local to you, you could contact your local children’s hospital to see if they would be of use. Our hospital has a charity coordinator that supports people making donations- perhaps your hospital has something similar?

I’m also going to create tutorials for sleeping masks for children and adults to come in a second post. Sleeping at the hospital can be bewildering at first. My husband and I take it in turns to sleep on a camp bed in Lily’s room when she is in hospital and we’ve all gotten rather good at sleeping despite the lights and noises (machines going bing and bong all night long, nurses coming in and out to do obs, administer drugs, crying children, crying parents, phones, TVs etc) but both of us think our sleep mask (that I made pre-cancer) is an essential piece of kit. Lily also has one which sometimes she wears (and sometimes she makes her unicorn wear so Uni doesn’t get scared).

2. Fold your fabric in half along the long edge and press to create a halfway line. Unfold again.

4. Fold over 1cm hem on the long edge of your fabric. From the half way line pin your velcro strips facing up the way along the edge of the fabric. Stitch down using a normal running stitch.

5. Next take 80cm of ribbon and fold in half. Place the fold against the top of the long edge of fabric on the right side. Pin in place.

6. Next fold the two halves of long edge of fabric together – right side to right side. Sew along the 2 open sides of the bag.

7. Next trim the corner to make it easier to turn back outside.

8. Once you turn the back rightside out, I use a zig zag stitch to reinforce where the ribbon is attached. Its not pretty but its functional – the high jinks kids get up to means this needs to be strong if someone was to accidentally pull on it.

As for Lily there are positive signs that Lily is responding to treatment. However we have a long way to go and she is going to be feeling very poorly in the next few months but she is an incredibly brave little girl who has coped amazingly well despite all the horrible things that have happened to her.

12 thoughts on “Supporting children with cancer – tutorial for wiggle bags”